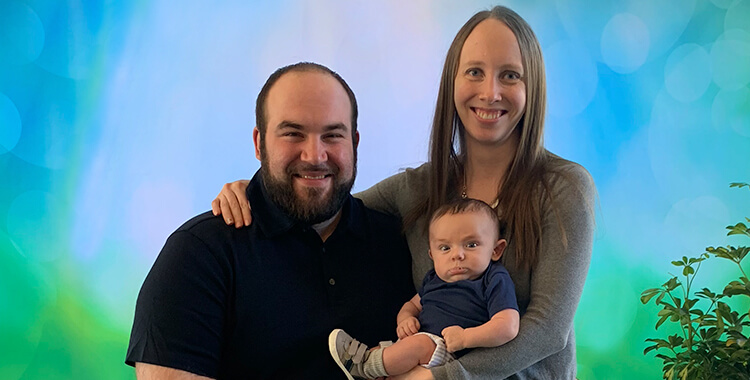 I grew up in the Ohio Valley, originally from Moundsville, West Virginia.  I lived in Moundsville until I was 20 years old, and then moved north to Wellsburg, West Virginia where I lived for several years.  Then, we took a big step and purchased our first house in Morgantown, West Virginia.  I say “we” and “our” because I have a beautiful wife, Kristin, who has put up with me pursuing my passion as an attorney for almost seven years now.  Kristin is wonderful, and I feel fortunate to have her as my wife.  Like me, Kristin is from the Ohio Valley, growing up in Beech Bottom and West Liberty, West Virginia.  My goal was to always return home to be a Moundsville attorney.

Since Morgantown, we have owned several houses in several different places throughout West Virginia.  However, none really felt like home.  For a while, this didn’t matter.  Job opportunities were found elsewhere, and I was anxious to start my career as an attorney and begin helping people.  I took a job, we moved, and always believed I would someday return to practice as a Moundsville attorney, but when was the biggest question.  The only constant in life is that things change, and for me they changed quickly. However, the biggest change, by far, came in one tiny, adorable package.

In February, Kristin and I welcomed our first child into the world and it has been quite the adjustment.  You did hear me say “first child,” right?  There are the typical things most new parents deal with: many lost hours of sleep, more poop than I expected to deal with in my entire life, and being unable to appropriately button a onesie.  Ok… maybe that last one is just me, but honestly, the adjustments started long before we heard our son’s first cry, or changed his first diaper.  The adjustments started from the first positive pregnancy test.  Suddenly, home mattered.  Suddenly, having roots mattered. Suddenly, it was time to make it back home to the Ohio Valley and “really” start my career as a Moundsville attorney.

Desiring to come home and actually getting there were two very different things, and trying to make the move was oftentimes stressful.  I had no good witch, no great and powerful wizard, and I couldn’t simply click my heels together, repeat “there’s no place like home,” and magically wake up there.  I can’t completely deny there was some magic at work though, because not long after home became a priority I received a call from the personal injury firm of Gold, Khourey & Turak.  I accepted a position with the firm and I could not be happier.  Talk about life changes.  My goal of becoming a Moundsville attorney was finally happening

The past six months have been a whirlwind.  A new job, new house, and we have a precious little boy who is just starting to laugh when you tickle him. Kristin and I get to spend time with our families more frequently, not just for the holidays.  I’ve even returned to my alma mater, John Marshall High School, and helped with the wrestling team.  Life is good.  All of this became possible because I found a new piece of home working for GKT.

Reflecting on why it was so important to move home made me realize that the Ohio Valley isn’t home simply because I grew up here.  It is home because of the people and communities.  My practice as a social security attorney at GKT involves mainly helping people with social security claims, and sometimes with personal injury claims.  During the course of my travels to meet with clients, from New Martinsville, West Virginia to Monroe County, Ohio, from Steubenville, Ohio to Weirton, West Virginia, and beyond, I have been welcomed into their homes and communities like I belong here.  I understand it’s not just me.  It’s the Ohio Valley.  What separates the Ohio Valley from the numerous other places I have lived is that the people want you here, and they work hard to show it.

This has not changed in the years I was away, and I pray that it never does.  I want our son to enjoy the same feelings and experiences I had growing up here.  I want to work hard with people to keep the Ohio Valley welcoming and exciting.  Now that I am home, I want to help keep the community alive and thriving so that 30 years from now our son can also look back and say “there’s no place like home.”