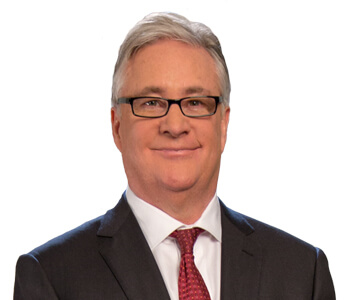 Jonathan E. Turak joined the law firm of Gold & Khourey as an associate in 1981 then became a partner in 1984 when the firm became known as Gold, Khourey & Turak.

Turak’s interest in becoming an attorney started while he was growing up in Pittsburgh, Pennsylvania. As a member of a large family, he was afforded opportunities to see life from many different angles. Given this opportunity, he found that life seemed unfair to certain people. Turak realized there were many people that needed help and a way to fight back. He found solace in practicing law and being able to represent those who were in need.

Turak is a graduate of Duquesne University School of Law (1981) and the University of Pittsburgh (1978, B.A.). For more than 35 years, his voice has served as a way to stand up for individuals and families who have suffered injury or death because of someone else’s carelessness and negligence.

In 2011, Turak helped form the Marcellus Utica Shale Litigation Team along with Rokisky & Associates and Guida Law Offices of Weirton, West Virginia. This team represents clients with real estate interests who are in disputes with energy companies regarding their leases, mineral rights and more. Turak is Gold, Khourey & Turak’s representing attorney for oil and gas litigation.

As an extension of his law practice, Turak is committed to giving back to the community and dedicated to making the Ohio Valley a better place to live. Turak serves on numerous boards of nonprofit organizations, such as the Mountaineer Baseball Association, Bishop Donahue High School, West Virginia Northern Community College, and the Ohio Valley Recovery Unity Center.  He and his wife, Roselyn, reside in Wheeling and they have three children.

Turak has received an AV Preeminent rating from Martindale-Hubbell. As described by Martindale-Hubbell, an AV rating “is a significant rating accomplishment a testament to the fact that a lawyer’s peers rank him at the highest level of professional excellence.” Turak is a member of the Top 100 National Trial Lawyers, the Top 100 National Advocates, and Rue Ratings’ Best Attorney of America Lifetime Charter Member.

He is licensed to practice in West Virginia and Pennsylvania and is a member of The National Trial Lawyers Association, Top 100 Trial Lawyers.

3 Factors to Consider When Choosing Your Car Insurance Company

Who is at Fault? Snow from Another Person’s Car Caused Me to Wreck