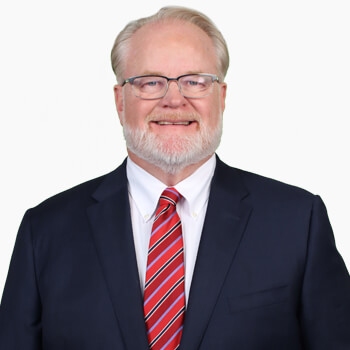 Christopher M. Turak focuses his practice in the areas of wrongful death and personal injury, with a special commitment to representing victims injured or killed by drunk drivers. Chris has represented victims in some of the highest profile cases in the Ohio Valley, including those injured or killed in coal mining accidents and other wrongful death cases. He has received an AV-rating from Martindale-Hubbell. This rating signifies that Chris is ranked at the highest level of professional excellence for his knowledge, communication skills, and ethical standards. A native of Pittsburgh, Pennsylvania., Chris joined the law firm in 2000.

When Chris isn’t practicing law, he’s making a difference in the community. He is a longtime member and past president of the Marshall County Family Resource Network, which provides a wide variety of support and resources for residents of Marshall County. Chris has visited nearly 100 local high schools as part of an anti-drinking and driving program called “Booze and Cruise, You’ll Lose,” which was founded by the firm. In addition, he has helped coordinate mock DUI crashes and trials at local high schools. Chris also teams with WTOV9 every New Year’s Eve to promote free cab rides home in an effort to make our roadways safer. Each year, he and his firm are also proud sponsors of the “Night at The Races,” a fundraiser for the United Way of the Upper Ohio Valley.

Chris lives in Wheeling with his wife, Shawn, who is an Ohio County assistant prosecuting attorney, and their two sons: Matthew and Thomas. He and his family are active members of the parish of St. Joseph’s Cathedral.