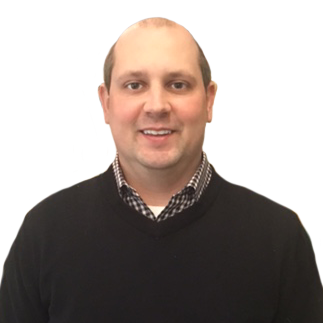 Joshua D. May is the Oil and Gas Coordinator at Gold, Khourey & Turak. Joshua works alongside attorney Christian Turak on all of the firm’s oil and gas matters. His primary responsibilities include lease negotiations, mineral sales, and pipeline negotiations. In addition, Joshua meets with land and mineral owners on-site to investigate property damage and injuries caused by oil and gas activities, including well pad fires and pipeline explosions. When you contact GKT with an oil and gas question or issue, chances are, you’ll speak with Joshua.

Since joining GKT in 2012, Joshua has helped thousands of land and mineral owners throughout the Ohio Valley obtain more compensation, better protection, and agreements on their terms. He has helped develop and organize multiple land groups for mineral owners wishing to lease their minerals in counties spanning from Ohio, Marshall, Wetzel, and Tyler Counties in West Virginia, to Greene County in Pennsylvania. These landgroups consisted of tens of thousands of acres. In 2014, Joshua was instrumental in a historic lease landgroup that delivered more than $100 million to West Virginia mineral owners. Joshua has also helped organize multiple pipeline groups, consisting of hundreds of landowners across West Virginia. Among other projects, Joshua has worked on the Columbia Mountaineer XPress, the Columbia Leach XPress, the Columbia WP XPress, the Rover Pipeline, the SWN Victory, the SWN Angelina Gathering, and the Mountain Valley Pipeline projects.

In his professional career, Joshua has developed strong interpersonal communication skills that not only help him connect with clients at GKT, but the men and women he interacts with within the oil and gas industry on daily basis. These skills allow him to “work the deal” and achieve the best possible results for his clients. To Joshua, nothing is more important than strong and timely communication.

Joshua grew up in Maxwell Acres in Moundsville and spent the majority of his childhood either playing in his backyard or shooting hoops at East End playground. He was involved heavily in youth baseball, football, and basketball, as well as with his church group at “House of Prayer” in Moundsville. A 2002 graduate of John Marshall High School, Joshua was a two-time letter winner of the basketball team.

Joshua is a graduate of West Virginia University and an avid fan of anything WVU. He lives in Bethlehem with his girlfriend, Laurie, and their “son,” Max, who they adopted from the Marshall County Animal Shelter when Max was 8 years old. Joshua says adopting a senior dog has been one of the most challenging, but rewarding experiences of his life and encourages everyone to give the older animals who need homes a chance. You won’t regret it.

Although Joshua has pretty much retired from basketball, which he admits probably should have happened long before it did, he still represents GKT each year in the Ohio Valley’s Relay for Life charity basketball game against the Pittsburgh Steelers. Joshua is a member of the Vineyard Church in Wheeling and is a committee member of the Cockayne Farmstead in Marshall County. Through his work with the committee, he founded the Cockayne Farmstead Golf Scramble which takes place every year in May. The scramble has raised more than $50,000 (and counting) since he joined in 2014. In his free time, Joshua enjoys playing golf, even though he admits he should retire from that also, and spending time with his friends and family.

Prior to joining GKT, Joshua worked in Charlotte, North Carolina as an outside sales consultant for a verified partner of Google.

3 Factors to Consider When Choosing Your Car Insurance Company

Who is at Fault? Snow from Another Person’s Car Caused Me to Wreck