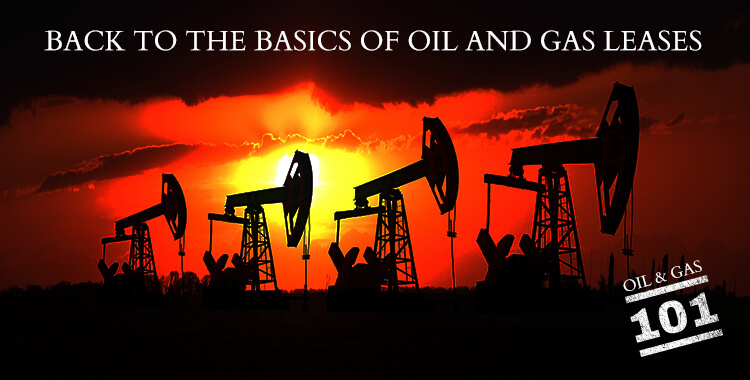 Recently, I was asked to give a presentation at the National Association of Royalty Owners’ (NARO) 39th annual national convention in Pittsburgh. While my response was an immediate “yes,” I was a little disappointed in the topic that I was asked to present—“Oil and Gas Lease Terms 101.” Was I just expected to dissect the typical oil and gas lease and simply explain what each individual term meant? Is that all they wanted me to do? It just seemed too basic and uninteresting. However, once I started to prepare my presentation, I realized that getting back to the basics of oil and gas leases wasn’t such a bad thing…

Why Oil and Gas Leases Are Not Simple

That’s because it’s always good to be reminded that an oil and gas lease is anything but simple. What seems to be even the most harmless and run-of-the-mill term can have a devastating and long-term consequences on your oil and gas rights and the royalties you receive.

More Than One Parcel in Oil and Gas Lease

The fix is simple—have either a separate lease for each parcel or a Pugh clause (which is another topic for another time), but it’s something an inexperienced mineral owner or attorney can easily overlook. And, while the fix is simple, understanding that there is an issue to be fixed in the first place is the real trick, especially when it comes to something as “harmless” as the property description of an oil and gas lease.

The truth is, the typical oil and gas lease is a treacherous minefield, and the property description example is but one mine in that field. Make sure you don’t run into one of those mines.

At Gold, Khourey & Turak, our oil and gas attorneys have represented hundreds of mineral owners to successfully lease their oil and gas rights throughout Ohio, Marshall, Wetzel, Tyler, Doddridge, Marion, and Monongalia Counties in West Virginia and Belmont, Monroe, and Jefferson Counties in Ohio, among others. Call (304) 845-9750 today to set up a no-cost, no-obligation to discuss your lease and to ensure that you get the most compensation available and a oil and gas lease agreement on your terms.