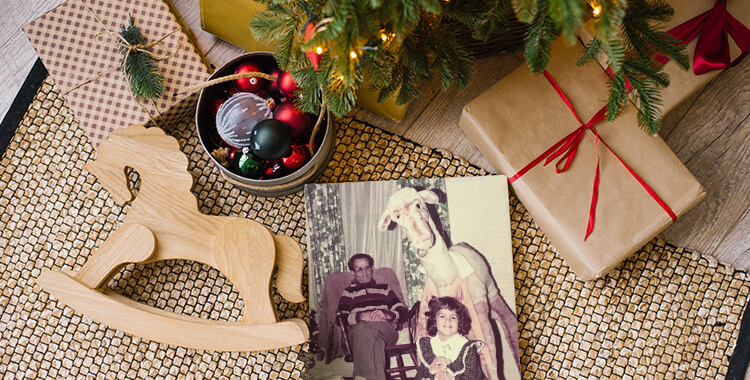 Carmen’s story starts around thirty-five or so years ago in Wheeling, West Virginia. She was one of the best, if not the best, Christmas presents my grandfather had ever received. You see, he was a first-generation American whose parents had immigrated to the United States from Lebanon. With the exception of his time in the army at the end of World War II, he rarely left the Wheeling area. Shortly before Carmen’s arrival, he had encountered an actual, real, live camel on a trip out west to visit family. He rarely got excited about anything other than his children and grandchildren, but to encounter a real, live camel simply amazed him. He talked about it often upon his return home.

The next Christmas, a local store for some reason had a giant stuffed camel in its display window and that camel ended up as my grandfather’s Christmas present and became a cherished family possession. We always had Christmas Eve dinner at my grandparent’s house in South Wheeling. While my grandfather was working in the kitchen, Carmen the Christmas Camel made her way inside to stand next to the Christmas tree. Although I can’t remember the year or how old I was (I think I was still in grade school), I’ll never forget his face when he saw it or how this camel became a part of our family. 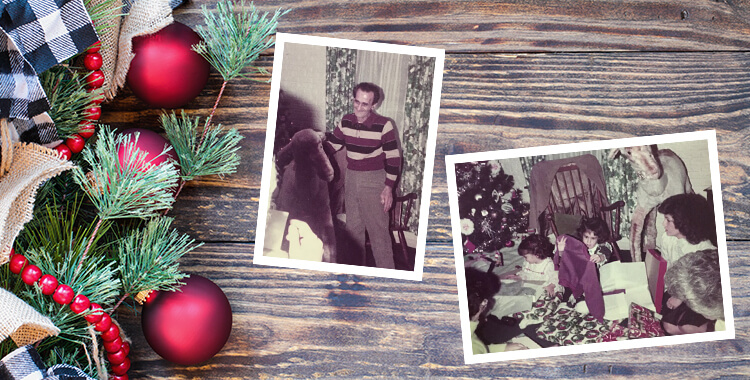 My younger cousins, Krista and Kellie, were tasked with naming the camel and, for reasons I don’t think anyone can explain, decided on Carmen. They would dress Carmen up and put jewelry on her. My grandfather didn’t care, he only cared about seeing his grandchildren happy. He would do anything we asked and tried to give us anything we wanted. Family was everything to him.

We lost Pappy 6 or 7 or so years after Carmen joined our family and Carmen went to live with Krista and Kellie and their siblings, JoJo and Ashley. Eventually, as everyone grew up and playing with a four-foot-tall stuffed camel wasn’t as fun anymore, Carmen retired to a room in their attic in Warwood where she remained until after I moved back to Wheeling and was entrusted with her custody. Carmen now resides comfortably in my spare bedroom. Her age started to show long ago and her ankles are now weak so she spends much of her time resting on the bed but she always comes out to see everyone at Christmas and this year made the trip south to Moundsville to spread some Christmas cheer at GKT. 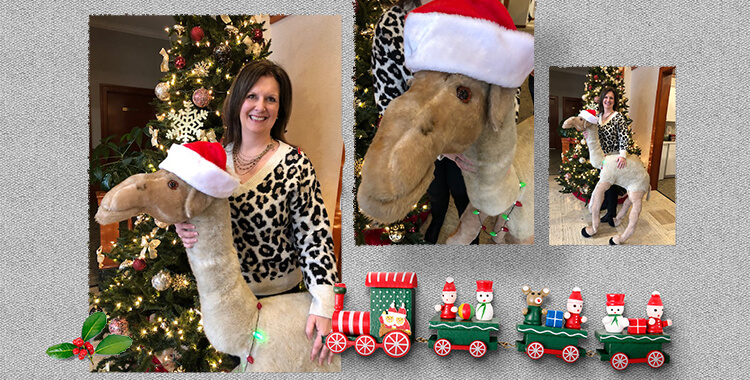 Carmen is a constant reminder of what Christmas really means and one man’s legacy. Christmas is not about shopping and parties and gifts. It is about family and memories of times past and beloved family members lost. I only spent one Christmas without Pappy before he passed. It was the year he spent Christmas in Arizona with his second daughter and her sons. That year my mother received the “present” of a huge long-distance phone bill after I spent nearly two hours on the phone with him while she was out running errands. I had been given permission to call him for “a few minutes” to get his special salad dressing recipe, but instead of just getting the recipe, we made it together over the phone and talked and talked. If I couldn’t be with him, I was going to talk to him as long as I possibly could, hanging up only when I heard my mom coming home. And when I said he would do anything for his grandchildren, I meant it. While I am a fairly good baker now, my first attempt at making snickerdoodles (his favorite) for him one Christmas didn’t turn out so well. They were hard as rocks but he ate every one not because they were good, but because I had made them for him.

I was the luckiest of the grandchildren. I had the most time with him not only because I was the eldest, but because, having just retired, he was my primary babysitter/after-school caregiver. Of his nine grandchildren, only five of us were old enough to have many memories of him. However, he is always a topic of conversation when we are together wondering what he would think of the world today and how our family has grown. What would the man who was amazed at early home video games like Atari and Intellivision think of Facetime or asking Alexa to turn on the lights or Christmas tree? More importantly though, what would he think of his now nine grandchildren and twelve great-children? One thing is for sure, that first-generation American who worked as a laborer for the majority of his life would be bursting with pride at that his grandchildren all have at least one college degree and successful careers and lives. He would be beaming watching his great-granddaughters excel at sports like soccer and lacrosse – sports girls didn’t play in his day. And he would be rolling with laughter watching his great-grandsons run and play and make jokes. I see him in all of us – whether facial expressions, sense of humor or the fact that the majority of us sneeze if we overeat or sleep with one arm above our heads. And, hopefully, he would see a little of himself in all of us too.

So, you see, Carmen the Christmas Camel is a symbol of our Pappy, Michael Joseph – his strength, his integrity, his values and his legacy. Whether he was sneaking out after Christmas Eve dinner to help make Santa’s job a little easier or passing down family recipes or eating the inedible, my grandfather taught us how we should live our lives. Carmen reminds us of what he believed was important and taught us to believe was important – family, honesty, hard work, taking responsibility for your actions and valuing the simple things in life. Whenever I am faced with a difficult choice or situation, I ask myself what would Pappy want me to do and, hopefully, I get the answer correct more often than not. I feel honored to have been entrusted with Carmen’s care and will make sure she is around so for the little ones to learn about their great-grandfather and to remind the rest of us of Pappy and how he continues to impact our lives each day.