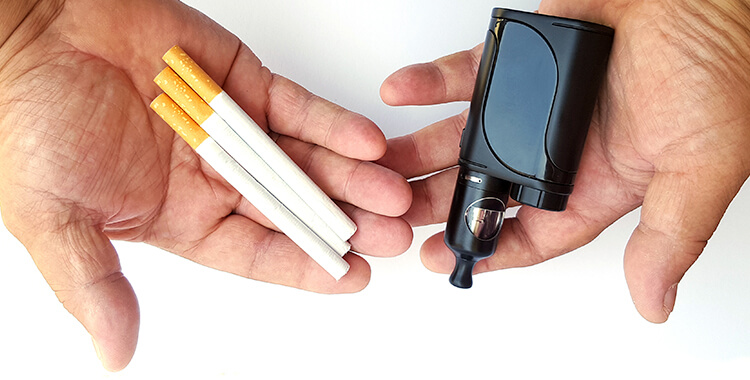 Admittedly, I had happily become accustomed to being able to go just about anywhere in the Ohio Valley without having to deal with unwanted and unwelcome secondhand cigarette smoke. Suddenly, I seem to encounter people vaping just about everywhere I go and feel like there is an e-cigarette/vaping paraphernalia store on almost every corner. The mercurial rise in vaping over the last two years or so is undeniable.

Why Do You Vape? 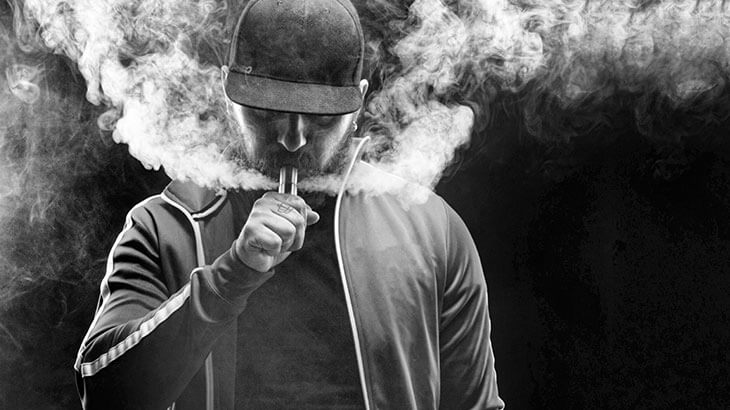 What is the attraction? The responses I received were overwhelmingly consistent. From long-time cigarette smokers: I enjoyed smoking and it helped me relax but it was smelly/I didn’t like the smell/my family/friends didn’t like the smell. With vaping, I get the same benefits without the smell. From those who claimed to have not smoked cigarettes prior to vaping: Vaping is relaxing and doesn’t have the lingering cigarette smell. Neither group seemed to be concerned about the ever-increasing reports of the dangers of vaping.

Like cigarettes were initially, e-cigarettes were introduced into the market as a “safe” product, something to help smokers break their cigarette habit but still get the effects of nicotine in their systems. For decades, cigarettes were assumed to be a safe habit but gradually perceptions regarding the safety of cigarettes began to change as lung-related illnesses, including cancer, began rising exponentially in long-time smokers. Ultimately, it was discovered after years of litigation that tobacco companies knew all along that cigarettes were dangerous but concealed the research, sacrificing the health and safety of consumers in favor of corporate profits.

While it took decades for a correlation to be publically established between cigarette smoking and lung cancer and other illnesses, the dangerous propensities of e-cigarettes, such as JUUL® devices, are revealing themselves almost instantaneously but the public appears to be ignoring the warnings in favor of the short-term relaxing or good feelings the devices provided.

Vaping among teenagers and college students has reached epidemic proportions. It has been reported that pediatricians have found patients who vape exhibit behaviors consistent with substance abuse disorders as opposed to the behaviors of a simple tobacco user. E-cigarettes, such as JUUL® devices, deliver nicotine by vaporizing nicotine and other chemicals which are then inhaled: hence the term “vaping”. The levels of nicotine and other chemicals vary by the type and “flavor” of the substance being vaped. Unfortunately, very little is known about the long-term effects of vaping.

At least two things are known, however:

(1) vaping appears to be a highly addictive activity; and

(2) there has been an alarming increase in serious, sudden-onset lung illnesses and diseases among persons who vape, particularly young people.

Otherwise healthy people who vape are suddenly being hospitalized and, at times, placed on life-support due to acute respiratory distress syndrome and other serious lung conditions. The vast variety of vaping devices and vaping liquids make it difficult for physicians and researchers to pinpoint the exact cause of the lung diseases and the abnormal immune cells being found in the lungs of patients who vape. 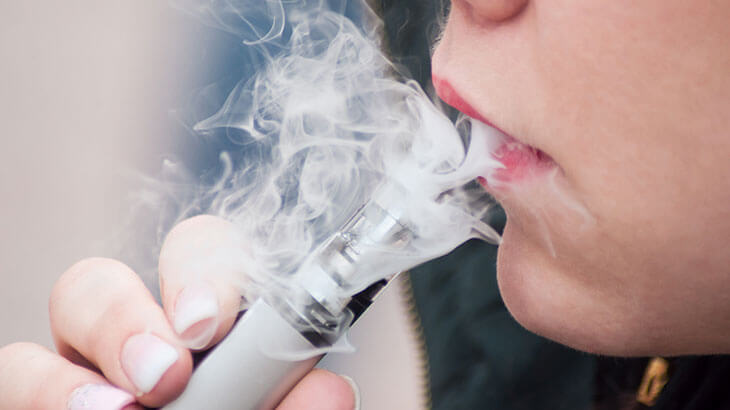 While it took decades for the link between cigarette smoking and cancer to be publically recognized, strong evidence of a link between vaping and serious, sudden-onset and potentially fatal lung diseases is being developed at an alarming rate since e-cigarettes were first introduced into the US market a little over a decade ago.

Link Between Vaping and Health-Related Problems

Much remains unknown at this time regarding the long-term effects of vaping, what is known should cause alarm and caution. If you or a family member vape and experience a serious lung condition such as hypersensitivity pneumonitis, pneumonia, eosinophilic pneumonia, acute respiratory distress syndrome, COPD, or a heart attack after vaping, you should contact our office at (304) 845-9750 for a free consultation. 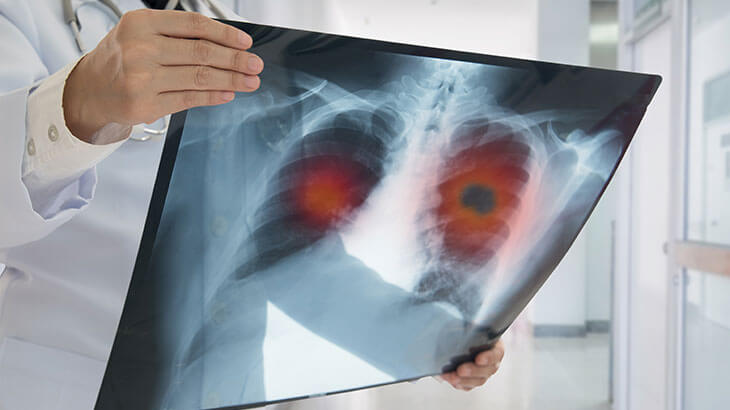 At GKT, we have qualified attorneys that are ready to assist you. Even if you are unsure about filing a lawsuit, our experienced attorneys can help you understand your legal rights and your options. As the link between vaping and adverse conditions strengthen, manufacturers of vaping products will be facing potential product liability lawsuits.