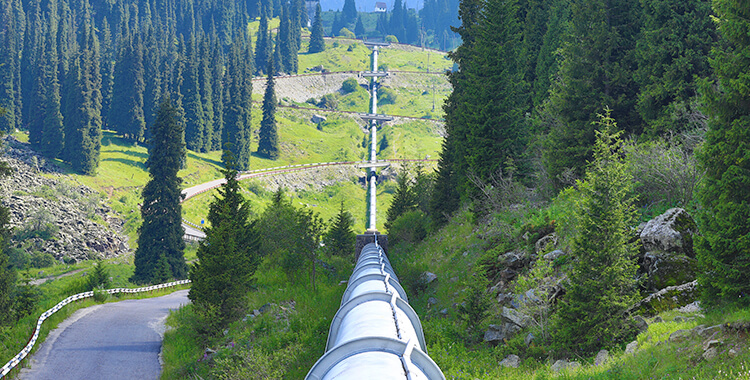 On its face, the law seems crystal clear. W. Va. Code § 37B-1-4 states that an oil and gas company may force lease minerals when: (1) “there are seven or more royalty owners”; (2) the “operator or owner makes or has made reasonable efforts to negotiate with all royalty owners”; and (3) “royalty owners vested with at least three-fourths of the right to develop, operate, and produce oil, natural gas, or their constituents consent to the lawful development of the oil or natural gas mineral property.”  In essence, if a mineral parcel contains seven or more owners, the company has made reasonable efforts to negotiate for a lease with all owners, and the company has 75% of the mineral interest under lease, the company is entitled to use the Cotenancy Law and produce against the wishes of any non-consenting co-owners.

You might be asking yourself “what’s the big deal?”  It seems pretty straightforward and easy to apply.  However, with most things in this industry, when you look beneath the surface, you find more questions than answers…

Unfortunately, the Cotenancy Law does not provide a mechanism as to who and how it is decided whether an oil and gas company is entitled to use the Cotenancy Law.  As a result, the companies have taken it upon themselves to decide for itself whether it is permitted to take advantage of the law. According to these companies, they perform an internal review and decide behind closed doors whether a mineral parcel has seven or more owners, whether the company has made reasonable efforts to negotiate, and whether they have 75% of the mineral interests under lease. There is no oversight from the state.

As many people can testify, determining the ownership interests in a mineral parcel is oftentimes more of an art than a science.  Deeds and other documents dating back to well over 100 years ago can contain ambiguous language that leads to multiple interpretations.  Under some interpretations, a mineral parcel may have only a few owners, but, on the other hand, under different interpretations a mineral parcel could have numerous owners.  Obviously, that affects not only whether a parcel has seven or more owners, but it would also affect whether the company has 75% of the interests under an oil and gas lease.  Depending on the circumstances, it’s easy to see why those answers aren’t always black and white.

The Cotenancy Conundrum in Practice

So, how does this all work in the real world?  I recently had the privilege of representing a oil and gas mineral rights owner who was faced with Antero Resources’ attempts to force lease his minerals through the Cotenancy Law. Here’s a (short) summary of what happened over several months…

Antero sent my client a total of three “Final Offer Letters” over a period of a year in anticipation of using the Cotenancy Law.  The letters were sent in January 2018, November 2018, and January 2019.  Despite calling these its “final” offers, Antero actually reduced its final offer in its January 2019 letter.

In response to the November 2018 and January 2019 letters, I requested that Antero provide information and documents supporting its position that the mineral parcel had 7 or more owners, that it had made reasonable efforts to negotiate, and that it had 75% of the mineral interests under lease. Antero refused to provide any of the requested information or documents and simply stated that it had the right to use the Cotenancy Law.

Because I could not make an independent determination as to the Cotenancy Law’s application to my clients, I wrote a letter dated March 14, 2019 to the West Virginia Oil and Gas Conservation Commission requesting a hearing before the Commission to determine whether Antero had the right to use the Cotenancy Law.  The Commission scheduled a hearing for April 24, 2019.

However, what good is a hearing if we do not have the chance to learn of and review the information and obtain the documents that Antero would use to support its claims to the Cotenancy Law?  Not much—that’s why I wrote another letter on March 26, 2019 to the Commission seeking to continue the hearing and to compel Antero to provide my clients with this information and documents.

Only one day later, the lawyer for Antero wrote a letter to inform me that Antero “has elected not to proceed with development” of my clients’ mineral parcel.  Antero then requested that the Commission cancel the April 24, 2019 hearing.  The Commission ultimately did cancel my client’s hearing.

Why would Antero do this? It makes you wonder why—after more than a year of claiming it had the right to use the Cotenancy Law and less than a month before a hearing—it suddenly decided it no longer wanted to proceed under the Cotenancy Law.  I have my guesses, but I’ll never know for sure.

While it seems straightforward, West Virginia’s Cotenancy Law is anything but.  If you have received a final offer letter or have been threatened with the Cotenancy Law, please call my office at (304) 845-9750 to schedule a no-cost, no-obligation consultation to learn more about your oil and gas rights and your options.

Make sure you don’t find yourself in the Cotenancy Conundrum!