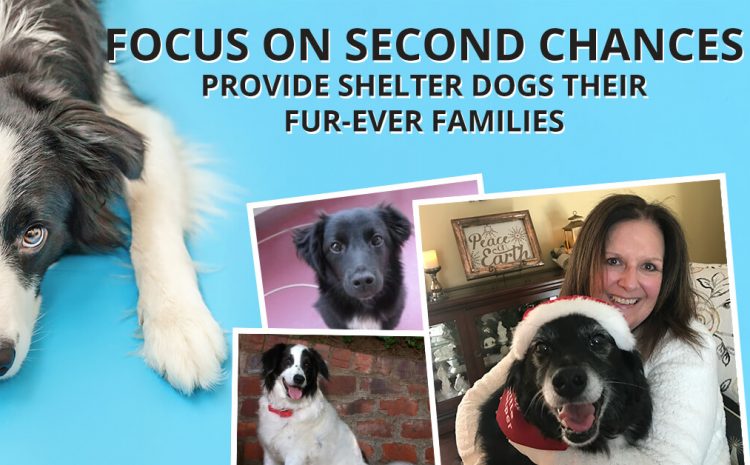 The recent death of the incomparable Betty White has focused our nation again on her love of animals.  She was a trailblazer who defied labels to create a wonderful legacy of joy, laughter, and love.  Maybe it’s time to follow her lead when thinking about shelter dogs and, instead of focusing on labels, focus on providing the pups second chances both on having the loving home they deserve and, maybe just as important, allowing them a second chance to learn most humans are caring and want to love them and help them thrive.

One of the greatest barriers we inadvertently place on a shelter dog’s ability to find his or her forever home is a label.  One of the first questions asked or piece of information considered on a website is – what breed is it?  Unfortunately, that question is almost impossible to answer correctly without a DNA test, something most shelters and rescues cannot afford as they must dedicate limited resources to meet animals’ basic necessities.  Unless a known purebred dog is brought to a shelter or rescue by its original owner, shelter employees and volunteers are left with the nearly impossible task of “guessing” the breed.  An incorrect or stereotypical guess may render the poor pup less adoptable in the eyes of the public.  Cassie was my first shelter dog.  All the shelter knew about her was her litter was found in a box on the side of the road.  After she was full grown, I asked my vet at the time to give me an idea what she was.  I got a very honest answer in return – Cassie is a “West Virginia Special”.  “Special” is the only label a shelter dog needs or deserves.

In 2009, I was still living in Charleston, West Virginia and newspapers were still the norm for news and local advertising.  The local shelter where I had found Cassie would place pictures of adoptable pets on the back page of the front section each Sunday.  A picture of black pup named “Apollo” kept pulling at my heart and my mom’s heart.  “Apollo’s” picture kept calling to us, but the shelter had labeled him a “black lab mix” and it would not be fair to a lab to live in her townhouse or my small house without a yard, so we never went to meet him.  Eventually “Apollo” was gone, and we had hoped he had found his loving, forever home.

A month or so later, “Apollo” was back in the paper, now labeled a six-month old black lab mix.  He had been returned to the shelter.  Soon thereafter, Cassie and I went to a shelter event at a local park and spotted this adorable black furry pup being walked by shelter volunteers.  While the face was similar, I thought there is no way that could be “Apollo”, this little guy couldn’t be more than 15 pounds and was a fraction of the size of what a six-month old lab would be, yet he was calling to my heart the same way “Apollo’s” picture did.  Sure enough, the shelter volunteer confirmed that this was the infamous “Apollo”.  He had been adopted and returned.  The shelter had no back-history on him to know anything about his parents or breed.  He was black and had a sorta lab-like face.  Labs were a popular breed so, “poof” he was a black lab mix.  He was so small that I immediately started calling him “Little Bit” as he definitely was not an “Apollo”.

“Apollo” went to his forever home, my mom’s home with me sharing “custody”.  At first, he was shy and scared to eat, nibbling at his food while looking at us out of the corner of his eye questioning if it was going to be taken away if he looked to be enjoying it too much.  He flinched and cowered if he saw a rolled newspaper.  But soon, I think with Cassie assuring him that he was safe and had found a home where he would be spoiled beyond imagination, my Little Bit came out of his shell and began stealing the hearts of everyone he met.  “Apollo” soon became “Tripp” and topped out, full grown at an overweight 35 pounds.  He is the sweetest, gentlest, most loving dog there is.  At 13, he’s slowing down and would rather spend his day on the couch cuddling with his people than romping and playing.  I’ll never know what his life was really like in the months when he was left at the shelter, adopted, and then returned.  All I know is that I will forever regret being misled by the label attached to him by well-meaning shelter employees who, I believe, were doing what they thought would help him find a family sooner.  Instead, the mis-labeling resulted in my baby suffering the trauma of being returned to the shelter, let down by humans again, and having to wait for his real forever home.

It’s About Second Chances, Not Labels

Anyone thinking about adopting a shelter dog needs to remember something very important – this dog is a wonderful, special creature who is full of love but has been let down by humans.  Humans have failed him or her and not only does the pup deserve a second chance, but the pup also maybe giving you, a human, a second, third or even tenth chance.  One thing that separates dogs from humans is this: humans are quick to give up when a second chance fails; dogs give humans infinite chances to be redeem themselves.

Tips If You Are Looking To Adopt A Shelter Dog

A couple pieces of advice if you are looking to adopt a shelter or rescue dog.  First, and foremost, listen to the shelter or rescue staff in addition to following your heart.  These incredible people devote their lives to taking care of the animals that society has discarded as inconvenient, too much trouble or, sadly, just old or sick.  The staff at shelters are on the front lines caring for these animals, they are “the” people who drive on icy roads to save an animal or get to the shelter to make sure the animals are fed and safe.  They truly care about the animals and can give you invaluable insights on a dog’s temperament, personality and needs.  While you may think a certain dog is “perfect” for you, as an example, the staff might be able to share that the dog is scared of men, and you not only have a husband, but you may have sons at home in their late teens.  If you take that dog home, you may be setting it up for failure and a return to the shelter if it doesn’t overcome its fear of men on your timetable or ever.

Second, and just as important, give the animal time to adjust.  Rarely, if ever, will anyone know what a shelter dog’s life was really like before it arrived at the shelter.  Had it been abused? Food deprived?  Lived tied up on a chain outside?  And, while at the shelter, the dog lived in a place with other scared dogs, in a kennel, surrounded by constant noise, barking, and strange smells.  Put yourself in the dog’s place.  It is in a new environment surrounded by new people, food, smells, and “stuff”.  If you were suddenly dropped in the home of a family that you did not know and had never seen before and expected to live there the rest of your life, would you know the family’s routines, rules, and expectations?   Would you want and need time to adjust?  So does the dog.

In the first three days in a new home, a shelter dog is feeling overwhelmed, scared, and uncomfortable and does not know what is expected of it.  Please be patient.  It may take three weeks before the dog begins to realize this may be its forever home and up to three months before it is completely comfortable and secure in its forever home.  Once your new fur baby realizes it is safe and secure, you will be the recipient of a love like no other, despite your flaws.  Dogs are the most forgiving beings on the planet if they are only given the second chance to give a second chance.

Betty White defied labels to become one of the most beloved actors of all time.  Do you really think people would be saying she died far too soon, just days before her 100th birthday, if she let the labels attached to female actresses at the beginning of her career define and constrain her?

Many have suggested that the best way to honor the legacy of this amazing woman, animal lover and animal advocate is to designate January 17, 2022, the day which would have been her 100th Birthday, a day for raising money for animal shelters and rescue organizations.  Let’s go a step further and try to clear the shelters and find forever homes for so many animals looking for a second chance.

If you have it in your heart to open your home and life to a shelter animal, the Marshall County Animal Shelter is also going to be honoring Betty White’s birthday with special adoption pricing.  On January 17, 2022, adoption fees for dogs will be reduced to $100 and the adoption fee for cats will be reduced to $50.  If you think you may want to adopt and take your new fur-baby home on January 17, 2022, please put your application in early so it can be vetted and approved in advance of the event.

Even if now is not the right time to bring a second chance dog or cat into your home, please consider opening your heart and wallet and make a donation to the Marshall County Animal Shelter in honor of Betty While and help defray the costs of caring for some amazing dogs and cats who are just waiting for their second chance at a loving forever home.