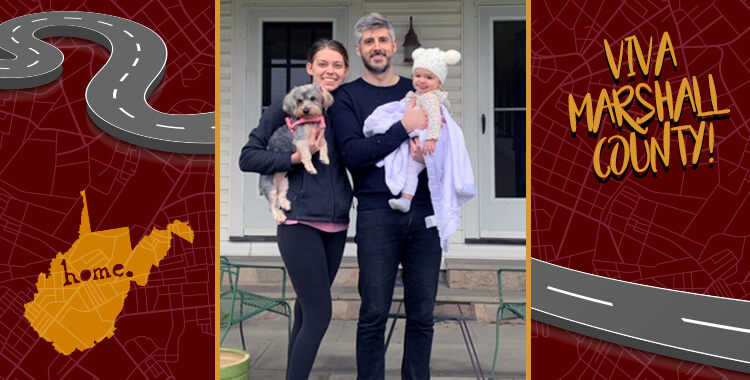 Five, long years ago I moved from New York City to Wheeling, West Virginia as a 28-year old bachelor with a little more than a few items of furniture and the clothes on my back.  While I made Wheeling my home over the years and made many friends there, I worked in Moundsville, West Virginia and spent a great deal of time in Marshall County for business and otherwise.

When I would tell people in Wheeling that I worked in Moundsville, I was often met with a raised eyebrow and a look of bewilderment. They always wanted to know “why?” And, when I would tell people in Marshall County that I lived in Wheeling, I was met with the same raised eyebrow and look of bewilderment.  “Why?” Suffice to say, I didn’t have a very good answer to either question.

As time went by and I had the opportunity to get to know the people of Marshall County as oil and gas clients, as colleagues, and, ultimately, as friends.  I knew I wanted to move to Marshall County, the only question in my life at that point was “when?” That answer was quickly answered for me by my wife, Maggie, shortly after we married.  Maggie, who grew up on a 100+ acre farm on Roberts Ridge, made it very clear that we were not long for Wheeling. Sometimes, you just need a push…

And, that’s why, less than three months after we married and only a few days before Christmas this year, Maggie, our daughter, and I were packing up our downtown Wheeling apartment and moving to a 150-year old farmhouse just off 250.  The welcome and support from everyone from Moundsville to Cameron and everywhere in between has been overwhelming. I can’t express that enough. Thank you!

While we miss aspects of Wheeling, Maggie and I couldn’t be happier. Personally, I couldn’t be happier to (finally) be a full-time part of the greater Marshall County community. We are finally home. From New York City to Moundsville, West Virginia in less than 5 years, it’s been a wild ride. But, the ride is far, far from over! I still need to figure out the finer details of this tractor….