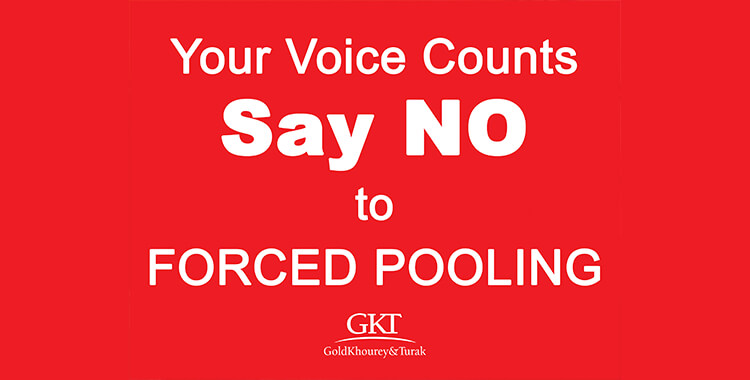 On March 2, 2021, the latest forced pooling bill was introduced in the West Virginia House of Delegates.  This bill, HB2853, would be disastrous for oil and gas mineral owners throughout West Virginia.  If an oil and gas owner does not agree with a company’s lease offer, the company would have the right to force a lease with a 12.5% state minimum royalty under extremely lenient terms.  The state Senate has introduced a similar forced pooling bill, SB538.  They are trying to fast track these bills into law, so it is important to act now!

What Can You Do?

CONTACT YOUR ELECTED REPRESENTATIVES TO LET THEM KNOW YOU OPPOSE HB2853 AND SB538!

Your Voice Counts!  Click on your local representative from the list, then copy and paste the letter below in an email to them.  If you have more than one representative listed, you should send to all that are listed for your area.  Don’t see your rep, click here:  House of Delegates, Senate.

(copy and paste this letter in your email)

The forced pooling bills are nothing more than MORE government, MORE bureaucracy, and MORE giveaways for out-of-state big money oil and gas companies. I urge you to stand up for West Virginia’s oil and gas owners and OPPOSE the HB2853 and SB538.

Perhaps the most important lease term is the royalty.  Under the forced pooling bill, a force lease would have a state MINIMUM 12.5% royalty.  The other lease terms would be those “provided” by the oil and gas company.  The only caveat is that the West Virginia Oil and Gas Conservation Commission would decide whether those terms are “just and reasonable to the parties based upon terms typically found in other similarly situated arm’s length leases within…the unit…within a reasonable time….”

Personally, I do not trust government bureaucracy in Charleston to determine what is just and reasonable for my and my client’s oil and gas minerals.  Based on my experience, that means that royalty deductions for post-production expenses will be permitted.  Bonuses would be lower than we’ve ever seen, and the lease will be filled with industry-friendly operational and other terms.