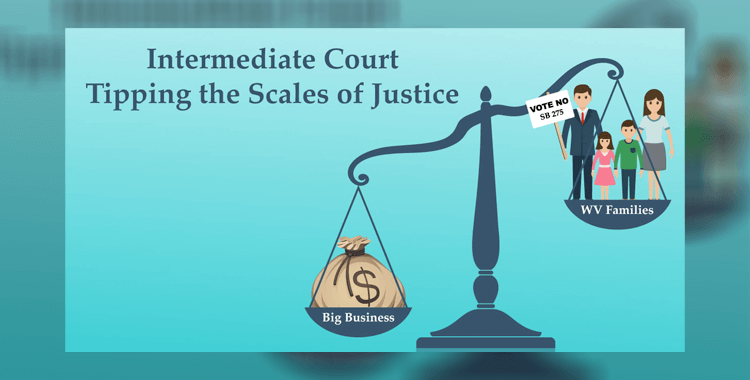 “Purgatory” is defined by the Merriam-Webster Dictionary as “a place or state of temporary suffering or misery.” I can think of no better word to describe the proposed West Virginia intermediate appellate court (what I call the Purgatory Court) that is currently under consideration at the legislature.  Unfortunately, oil and gas land and mineral owners may suffer the most.

And just who will be experiencing that suffering or misery in the Purgatory Court? It certainly won’t be the large corporations and big business that are pushing hard for it. It will undoubtedly be the people and small business owners of West Virginia. Even more, in my humble opinion, the people who may suffer the most are West Virginia’s oil and gas land and mineral owners. Read more to find out why…

What is the Purgatory Court?

As it stands now without the Purgatory Court, parties have one appeal to the West Virginia Supreme Court. Once the Supreme Court rules, there are no further appeals. That means that all parties to a lawsuit—from individuals to the largest corporations—can expect swift and efficient resolutions to their cases. This is the norm for states with similar populations.

This is nothing more than pointless, unnecessary, and costly appeals. Until those appeals are exhausted, you won’t have a final ruling in your case. Until that time—conceivably for years—you’re in PURGATORY!

Who Wins with the Purgatory Court?

With the Purgatory Court, the message from big business in lawsuits will be clear: settle for pennies or we’ll take you to purgatory and beyond. If you receive favorable award at trial, it’ll be years before you can collect. That is even if you win the appeals to come.

Faced with these circumstances, it’s not difficult to understand why an individual or small business owner would choose to take a less than favorable, money-now settlement rather than stress over years and years of appeals.

I’ve dedicated my practice at GKT to representing oil and gas land and mineral owners. The cases aren’t easy. In my experience, oil and gas companies very rarely come to the table with reasonable offers unless pushed to do so. Oftentimes, it takes filing a lawsuit and months and months of hard-fought litigation to even engage them in good-faith settlement negotiations. Even more, some oil and gas companies have increasingly used the West Virginia Supreme Court to set anti-land and mineral owner precedent on a range of issues from nuisance and trespass claims to improper royalty and deduction claims.

It’s easy to see why the Purgatory Court will only make it more difficult than it already is to make oil and gas companies accountable for their actions and bring justice to West Virginia’s land and mineral owners.

What Can You Do?

Send an automated email to your legislators by using this link: Click Here. It only takes a few seconds!

You can also contact your legislators and let them know that you OPPOSE the Purgatory Court!

You might not think that they’re listening, but it’s election season, and I promise you they are. Do your part!