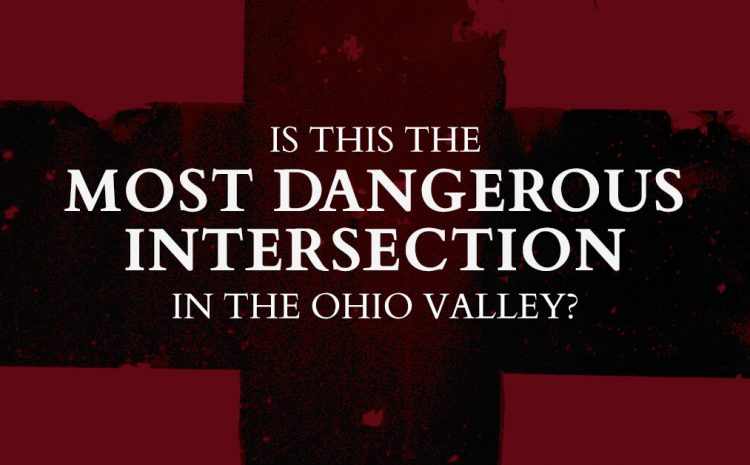 That may leave you wondering—“what is the most dangerous location for car accidents in the Ohio Valley?”  While there may not be specific statistics that we can rely on to give us a definitive answer, there is one intersection in Marshall County where car accidents continue to occur with shocking frequency:  the traffic light in McMechen, West Virginia at the intersection of Route 2 and Industrial Drive.

The McMechen traffic light was installed at the intersection of Route 2 and Industrial Drive during the summer of 2018.  According to reports, the traffic light was installed in order to help truck drivers safely turn onto Route 2 from Industrial Drive.  While this may have succeeded with this goal, it has led to unintended consequences—car accidents.

Unfortunately, since the installation of this traffic light, there have been several catastrophic car accidents that have occurred at this intersection in McMechen, including a fatal one.

The Most Common Type of Car Accident

The Majority of Crashes are Serious Car Accidents

According to the McMechen Police Department, there have been at least fourteen (14) car accidents at the McMechen-Route 2 traffic light.  All but a couple of these fourteen accidents were serious, and the majority occurred in the northbound lane.  Distracted driving was suspected in the majority of these wrecks.

Unfortunately, it does not seem that car accidents at this Marshall County intersection in McMechen are slowing down.  In 2021 so far, there have already been 3 serious car crashes at this intersection:

This doesn’t include any other car crashes that may have occurred at this location but did not cause serious injury and weren’t reported by local news.

That being said, in all 3 of these accidents, the people injured were in a vehicle stopped at the McMechen-Route 2 traffic light and rear ended from behind by another vehicle.  Clearly, this Marshall County intersection is a dangerous intersection for drivers.

Why do Car Accidents Continue to Occur in McMechen?

Again, there are no solid statistics as to “why” car accidents continue to occur with shocking frequency at the McMechen-Route 2 traffic light.  However, in my opinion and based on my discussions with the McMechen Police Department, distracted drivers (or drivers not paying attention to the road) are the number one cause of these crashes.

Consider that Route 2 is a high-traffic state road connecting Wheeling to Moundsville.  On Route 2 between Wheeling and Glen Dale, the McMechen-Route 2 traffic light is the only traffic light between the two cities, a distance of roughly 8 miles where the traffic flows at a regular pace.  Therefore, people—especially those who aren’t familiar with the area—don’t expect to stop and are simply “cruising along.”   Unfortunately, that leads to drivers letting their guard down and using their phone, etc. while driving.

When you combine the nature of Route 2 with human nature, you can see how a distracted driver would not notice a car stopped in front of them at the McMechen-Route 2 traffic light.  And when you consider that people routinely exceed the 55 miles per hour speed limit of Route 2, it’s easy to understand why some of these car accidents are so devastating.

What Can be Done to Reduce Car Wrecks at This Intersection?

Distracted drivers are to blame for the vast majority of these car wrecks and should undoubtedly be held accountable.  However, no one can change human nature.  Unfortunately, people will continue to drive distracted no matter how many times someone is hurt or even killed at this intersection.  We know because at Gold, Khourey & Turak, we see the results of these types of accidents firsthand. But what can be done to make this intersection safer?  There is already a large sign with flashing lights warning drivers of the oncoming traffic light.  However, this just doesn’t seem to be enough.

Full disclosure—I’m no traffic safety engineer and don’t pretend to be one.  Of course, one solution would be to remove the McMechen-Route 2 traffic light.  However, removing the light poses a safety risk for drivers from those trucks attempting to turn onto Route 2 from Industrial Drive.  On the other hand, what about placing a series of rumble strips leading up to the McMechen-Route 2 traffic light?  When a distracted driver is approaching the light and comes across the rumble strips, their attention should immediately come to the road, giving them enough time to brake.  We need your help to figure out a solution so no one else is injured or killed at this Marshall County intersection.

What are your thoughts?  Should the McMechen-Route 2 traffic light be removed?  What can be done to make this intersection safer?

The sad fact is that the Route 2-Industrial Drive intersection in McMechen seems to be a ticking time bomb until something changes.  In the meantime, if you’re stopped at the McMechen-Route 2 traffic light, stay aware of the traffic behind you and above all else, stay safe!

Since 1978, Gold, Khourey & Turak’s car accident lawyers have helped those injured in car accidents obtain the compensation they deserve.  Our consultations are always free, and we never collect a fee unless we recover compensation for you.  If you’ve been injured in a West Virginia car accident, contact us today by phone or text at (304) 845-9750, by 24/7 Live Chat on our website, or through our online form.