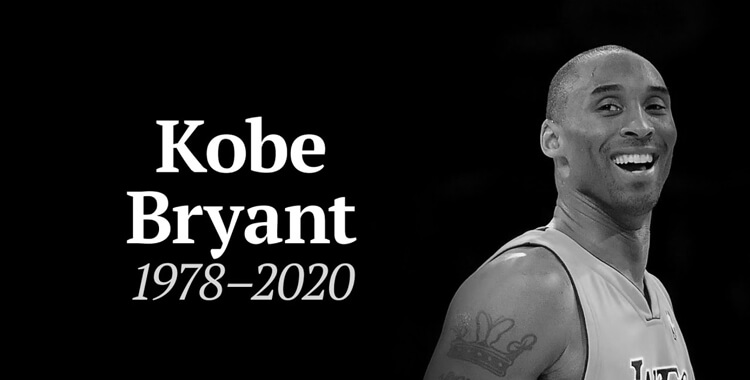 Sunday, January 26th, 2020 will be a day many of us will always remember. Thankfully, we don’t have many days like these, but in our culture, when we do, we really mourn, we really hurt, and hopefully, we really reflect. When a candle blows out far before it’s time, we stop dead in our tracks, we remember exactly where we were, what we were doing, and who told us about it. The memory remains etched in our brains throughout time. Yesterday was one of those days I’ll never forget. Rest in Peace, Kobe Bryant, and thank you for the memories.

Sunday reminded me so much of August 31st, 1997 when Princess Diana lost her life just hours after her fatal car crash. I was only a teenager at the time, but I can remember being up almost all night watching the news, flipping between all of the stations to consume every report they may have. I couldn’t turn it off. It was the same for me yesterday.

For someone who lives and breathes sports on a daily basis, yesterday was one of the worst ‘sports days’ I can ever remember.”

I Watched Kobe. I Loved Kobe 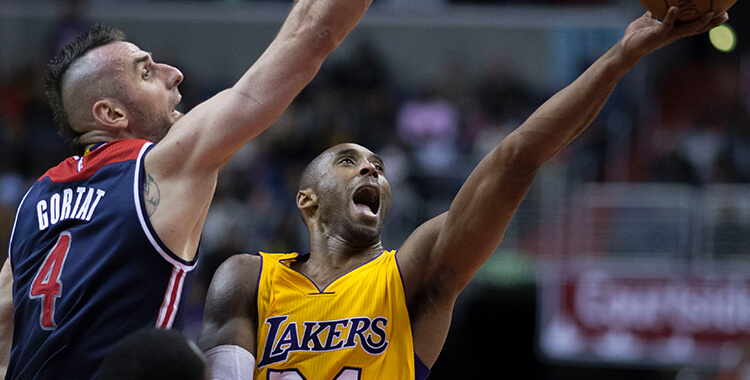 To say I grew up playing basketball is probably an understatement. I consumed basketball. I ate, drank, and slept basketball, especially when I “retired” from football after my first tackle football season of 7th grade when I weighed about 80 pounds soaking wet. In my opening game, I launched myself with every pound I had into this monster running back from Triadelphia Middle School and just barely knocked him out of bounds to record my tackle. I’m pretty sure that was my only “tackle” that season because that launch knocked me completely out of breath. For most of the remaining football season, I found the bench, sitting next to my best friend and vowing my revenge on the hardwood. From that point on, basketball was my singular focus. I played basketball probably every night until my parents made me come in or come home from the playground, and when I got home, you guessed it, I watched basketball. I watched Kobe. I loved Kobe.

I don’t want to make this too much about basketball because that’s hardly the point. Even if you know very little about basketball, you probably heard of Kobe Bryant. He was a transcendent talent. If you watched anything on him yesterday, you saw his HOF resume plastered on every station: NBA’s 4th All-Time Leading Scorer (3rd until LeBron passed him just this Saturday), NBA MVP, 2-time NBA Finals MVP, 5-time NBA Champion, 18-time NBA All-Star, and the list goes on and on. For avid basketball watchers, I think you knew he was going to be great the minute you saw him. He wanted to be Michael Jordan. Actually, no, he wanted to be better than Jordan. That’s what kind of mental makeup Kobe Bryant sported, that “mamba mentality” if you will. He wanted to be the greatest player to ever play and he played like it every night.

There are very few people that walk this earth that have the type of drive that Kobe Bryant had, which is what makes a tragic loss like yesterday so difficult to swallow.

He was going to be great even after basketball. Actually, I misspoke again, he was already great after basketball and was just getting started. In fact, he even won an Oscar in 2018 for his short animated film “Dear Basketball,” but his greatest accomplishment was not anything or everything I rattled off here. To me, his greatest accomplishment was watching him grow up and become a man, a husband, a father, and a coach. The memory that will forever be etched in my mind is not anything he did on the basketball court, it’s the photo of him and his late daughter Gianna who was also tragically taken from this world in yesterday’s helicopter accident, sitting courtside at a Lakers game and Kobe breaking down different aspects of the game for her. Gianna was probably going to be a WNBA star if that’s what she wanted to be because Kobe wouldn’t have let her achieve anything less.

Charles Barkley once famously said “I’m not a role model. Just because I dunk a basketball, doesn’t mean I should raise your kids.” I always found that so profound. In our culture, we idolize too easily. We attach and immerse ourselves into our favorite athletes, movie stars, musicians, etc. There are better role models out there. Your parents, your church leaders, Your first responders, your military members, your coaches, these are the real role models, the real heroes in our lives. What makes Kobe’s story so interesting is that he grew up right in front of us, figuring all of this stuff out. It’s been widely reported about Kobe’s past. That’s not the point either. The point is that he could have let his life go completely off the rails. Instead, he chose to fight for his marriage, fight for his kids, change his life, and be that role model his children and his family needed. He was already a great basketball player. Despite anything in his personal life, he was destined for enshrinement into the Hall of Fame. Kobe’s legacy is more than just basketball. His legacy was about overcoming his shortcomings and becoming a great man. 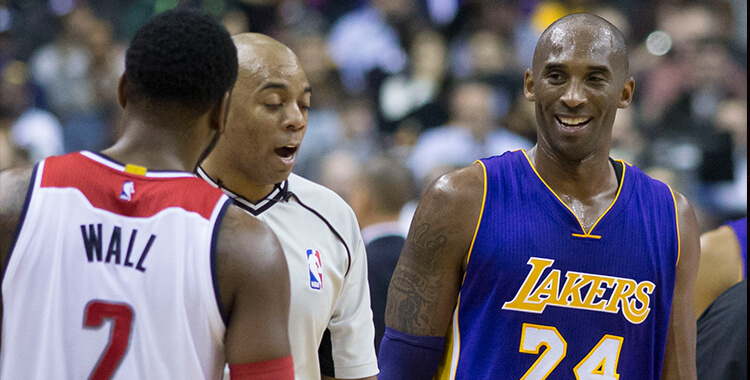 Kobe’s story is one that inspires me. I know a lot of you who are reading this are parents. Some of you are coaches or officials. A lot of you travel what is seemingly nightly to watch your kids play sports. Many of you are reflecting back on yesterday’s tragedy through the lens of being a parent, just like Kobe was, and thinking how quickly life can alter the course of reality. I personally do not have children.

I can’t even begin to imagine the difficulty of losing a spouse, or a child. I don’t even want to pretend I know what that pain might feel like so I’m looking at it through a different lens.

My lens is one of reflection. As I mentioned earlier, when tragedies happen like the one yesterday in California, we need to take time and reflect. I reflected on a few things yesterday.

First, we take life for granted way too often. It’s easy to do. It doesn’t matter what it is, there’s always something keeping us busy. We get bogged down in our work schedules, or parenting, or exercising, or traveling, or whatever the distraction is. I think it’s important to take a step back and appreciate life. It’s hard to do, but being thankful for every fresh 24 we get is something we can do more of. We can attack each day once we learn to appreciate the opportunity we’ve been given that day to do so.

Secondly, I think about forgiveness. This lesson hit me in the face yesterday as it was the sermon I heard in the morning at church. Just minutes later, hearing the news of the tragic incident in California and later learning that nine people had lost their lives, I reflected back on forgiveness. Forgiveness is simple, it’s just not that easy. We’ve all been hurt, some of us far more than others, and in theory, we say we can forgive, but do we actually get there?

Life is way too short. Life is also way too precious. Carrying around the baggage of not being able to forgive those who may have hurt us creates way too much pressure.

None of us know when our number is getting called. If yesterday teaches us anything, it should teach us to love, not hate. Forgive. Walk your journey without enemies.

Lastly, I reflected on the legacy. To wrap all of this up, what I find to be the biggest takeaway in the life of the legend, Kobe Bryant, is the legacy he left. He could have left one that painted him as a great basketball player. He chose to leave one that painted him as a great human being who grew up, learned from his mistakes, matured, and inspired millions of kids for generations to come. What do you want your legacy to be? If there is something that’s preventing you from leaving the legacy you want to leave, now is the time to fix it, because we don’t know how much more time we have to do so…