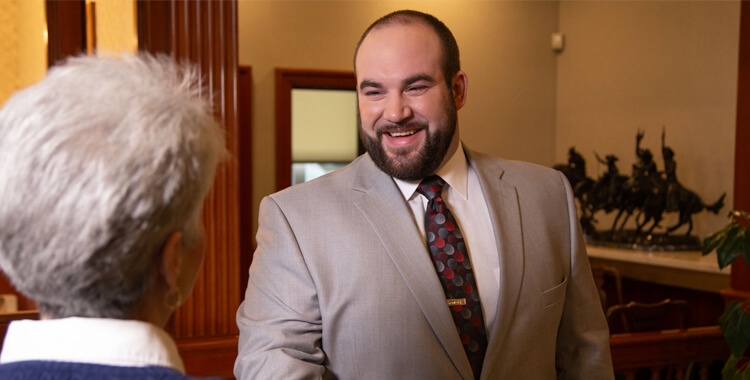 We are proud to annouce that Taylor Potts has joined Gold, Khourey & Turak as our newest associate.  Taylor’s practice will primarily involve Social Security Disability claims, but will also include Personal Injury claims.

Taylor Potts is a recent graduate of the West Virginia University College of Law where he earned honors in Magistrate Court Mediation and was recognized as the CALI Award winner in Torts I.  He was also a member of the Alternative Dispute Resolution Society Competition Team, Sports and Entertainment Society, and Business Law Society.  Prior to joining GKT, Taylor served as an assistant public defender and was an associate for a medical malpractice defense firm.

Born and raised in Moundsville, West Virginia, Marshall County, Taylor is a proud Ohio Valley native.  Taylor attended John Marshall High School, where he was a West Virginia State Champion wrestler and currently holds the school’s record for most wrestling victories.  After high school, Taylor attended Washington & Jefferson College where he continued his wrestling career and was a two-time PAC champion, MVP, and in 2012 tied the school single-season record with 36 victories.  Taylor enjoys volunteering at local high schools, youth wrestling clubs, and serving as a youth leader at his church.

Taylor and his wife, Kristin, reside in Wheeling and recently welcomed their first child into the world.  He is licensed to practice law in West Virginia.

For over 40 years, Gold, Khourey & Turak has been one of West Virginia, Ohio, and Pennsylvania’s premier personal injury law firms.  We have represented thousands of injured people and their families and collected millions of dollars on their behalf.  Our focus is on helping those suffering from a serious personal injury recover and obtain the compensation they deserve.  We fight to hold those who cause personal injury accountable for their actions.  Contact our office today at (304) 845-9750 for a free consultation.