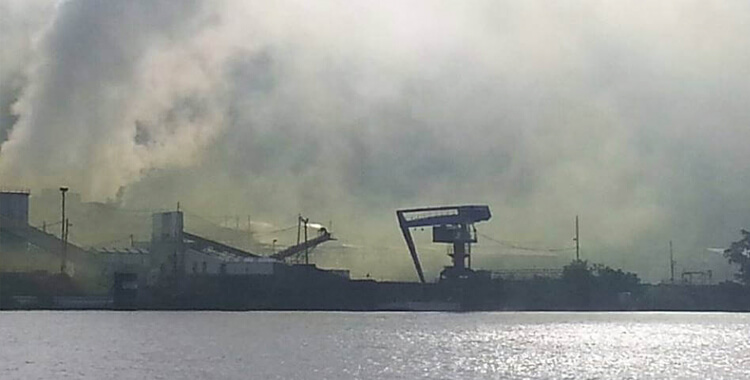 Axiall chlorine leak victims may be entitled to compensation.

Industry provides many benefits to the communities in which they exist: jobs, tax revenue, etc.  However, those benefits come with hefty costs that aren’t always predictable or foreseeable to those living in the community.

Residents of Marshall and Wetzel Counties experienced one of those costs, an axiall chlorine leak, on the morning of Saturday, August 27, 2016, when a rail car holding approximately 30,000 gallons of pressurized liquid chlorine ruptured at the Axiall Chemical plant near Proctor, West Virginia.

The rupture produced a massive chlorine gas cloud that traveled south on and near the Ohio River.  Because of the hazardous and toxic nature of the chlorine cloud, residents of Proctor, Kent, and other communities were evacuated by county officials.

When residents were allowed to return to their homes that evening, they saw firsthand how hazardous the chlorine leak actually was.

Residents that I have spoken with tell me that splotches of what appears to be corrosion have appeared on their homes and vehicles and that trees and other plant life appear to have been killed.

Even more alarming, I received a phone call from an elderly couple’s son who told me that, because his parents had not been evacuated in a timely manner, they were exposed to the chlorine gas and his father suffered breathing problems requiring hospitalization.

I’m sure that what I have heard by this point is only the tip of the iceberg.

When the industry puts our friends, family, and community at risk, it must be held accountable.  That is why anyone impacted by Axiall’s chlorine spill and the resulting chlorine gas cloud may be entitled to compensation.

I have heard that Axiall will soon be forming a claims team to secure releases from those who have a claim.  It would not surprise me to learn that Axiall representatives have contacted those impacted in the coming weeks.  However, while it is in the best interest of Axiall to settle these matters as quickly and cheaply as possible, it may not be in your best interest.

GKT attorneys are currently representing landowners impacted by the Axiall chlorine emissions, and I am personally performing on-site visits to landowners’ properties to view the damage caused.

If you have been impacted by the Axiall chlorine leak and would like to learn more about your options, set up a free consultation or site visit, please give me a call at (304) 845-9750.