Call Us Crazy? We Agree.

This past weekend started out like so many others before it. My girlfriend, Laurie, had a day off on Friday, which only means one thing…our dog, “Max,” was soaking in attention all day. It was a “snow day”, the first of the year, and Max LOVES the snow; more so than any other dog I’ve ever been around. 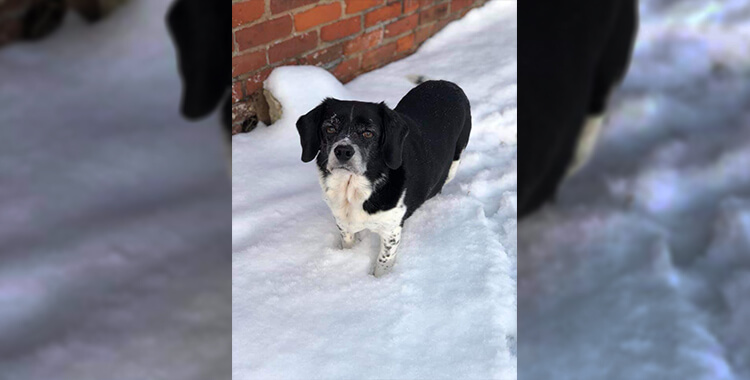 There are dog parents, and then there are like the crazy, overbearing, overprotective dog parents who make a big deal over every paw print their dog makes. You might want to mark us down for that category because we are super annoying dog parents…and we are proud of it!

We have an 11-year-old beagle/cocker spaniel mix named Max. We adopted him from the Marshall County (WV) Animal Shelter about three years ago. Max already had two owners and needed a place to live out his senior years. Dog lovers will understand this, but when you look at a photo of a shelter dog, sometimes, it’s as if they speak to you through the photo. I wish I could adopt all of the dogs (Sidebar: If I ever hit the lottery, one of the things I would do is open a “doggy retirement home” where older dogs would have a country club-like environment to live out their senior years and not have to fear for their life in the shelter in the hopes that someone will take a chance on them), but every so often, you see a picture, and it immediately triggers something inside of you. It steals your heart, and maybe even your mind, and you know that’s the 1. That was definitely Max.

The minute I saw his picture on Facebook, I showed it to Laurie. At the time, she had never even owned a dog, she was more of a “cat lady” so let’s just say she might not have necessarily been on board. Luckily, I didn’t care, because I went to the shelter that afternoon. They let me take Max home on a “trial basis.” Ummm…yeah right. He was never going back, no way, no how. Even if he didn’t get along with the cats, we were going to figure it out. If you follow any of us on social media, you know that Max has unfortunately been diagnosed with some pretty serious health issues and his life expectancy is not long. Thankfully, through hope and prayer, and some effective medicine, Max is still with us, still fighting, and still being loved every single second of every day.

However, Max’s story has been told before. I’m sure now that I’ve become more active writing on the website, and my bosses letting me write pretty much whatever I want, that we’ll tell Max’s story again. Laurie and I are hopeful that Max still has a lot more story of his own to tell.

So back to this past weekend. How did this weekend end up differently, you ask? Well…it happened again. God bless Laurie, but she sends me wayyyyyy too many dog photos. Most of the time I say things like “Oh, he’s cute” or “Awe, I hope she finds a really nice home.” This is my nice way of saying ‘No.” On Wednesday, she sent me this photo. 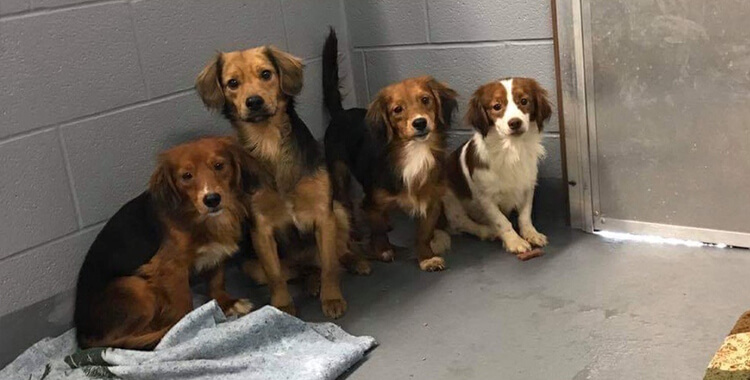 Cute, right? To be honest, I’ve always been more of a spaniel/lab/retriever kind of guy. Dachshund puppies have never really been on my radar, so I’m not really sure why, but this photo triggered me much like the Max photo did three years ago. I filled out the application on Wednesday and within 10 minutes we were contacted. Turns out the dog warden from the shelter and Laurie are friends on Facebook, and she has seen thousands (maybe tens of thousands—Laurie posts A LOT about Max) of pictures/posts and knew we were good dog owners. The dog was ours, she said, if you want him.

You know how this turns out, right? Has anyone ever gone to the shelter to “look” at a dog and return home without the dog? In the history of the world, it probably hasn’t happened more than five times. It’s nearly impossible. Plus, they have you at your weakest point. I can’t stand to see these poor boys and girls in these cages, scared to death, never knowing if/when a “fur-ever home” is coming. So… 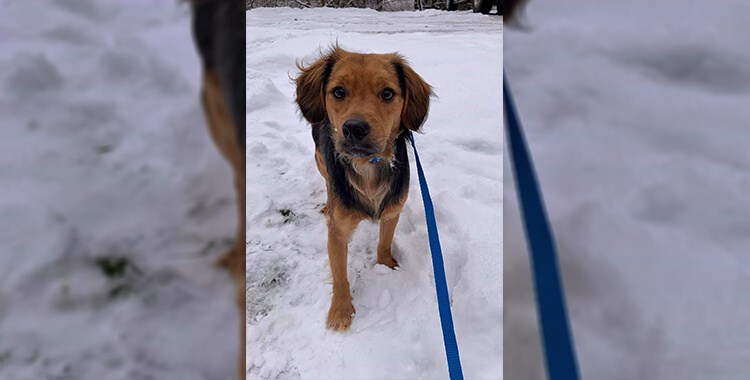 Paul was his adopted name from the shelter, named after the Beatles with the other pound puppies he came in with. We wanted to keep that somehow, but liked the name Wrigley after holding him and playing with him at the shelter. As an aside, a big kudos to the volunteers and staff at the Harrison County (Ohio) Dog Pound. They made life so easy for us on Saturday. In the hour or so that we were there, I can tell that these dogs are well cared for at the shelter. They do a fantastic job. In addition, they were willing to cover the cost of Wrigley’s initial vet appointments. I’m not sure if all shelters are willing to do that, but I left the Harrison County Dog Pound very grateful for their service and their time.

We don’t know much about Wrigley yet. He didn’t really come with any papers so we’re hoping for a clean report. We know he is a dachshund mixed with something, but it’s driving us nuts not knowing the other breed. If you have any suggestions, please leave them in the comments because I’d love to know. We also think he’s approximately 3 years old. In the few days we’ve had him, we do know that Wrigley is super affectionate. He loves us already. We also know he’s not an angel. That was to be expected, right? We’re going to get him on the straight and narrow soon (or hopefully get a dog whisperer to help out, Lord knows we need it right now). Check back soon: I’ll have a better report on Wrigley at some point in the next few weeks.

Adoption is the Key to Happiness

Let’s wrap up this week. I wanted to introduce you to my dogs. More importantly, I wanted to share my adoption stories with you. Adoption is so awesome. Sure, I could probably write something better than “adoption is awesome,” but it truly is. If you are thinking about adding a pet to your home, please consider adopting from a shelter. In my experience, these dogs (and cats) are amazing. Every pet I’ve ever owned comes from a shelter, and every pet I’ve ever owned has had their own unique story that I was lucky enough to be a part of. Also, if your heart can take it, consider adopting an older/senior dog. I realize it’s not for everyone, and I know getting that “puppy” to have from his/her early training stages to full adulthood is something we all love, but these older dogs need you too. They deserve the same love we give to those cute little puppies. You know something else? I never knew it, but I needed Max just as much as he needed me. My senior dog has changed my life for the better. It’s easily one of the most rewarding experiences of my life. Sure, I wish I would have found him earlier, but I’m the luckiest guy in the world to have even found him at all. As for Wrigley, I have a feeling he’s going to change my life too. I may be completely bald sooner than I had hoped, but I have faith he’s going to deliver. He certainly has huge paws to fill…

If you are thinking about adoption, please think about stopping by your local shelter or contacting your local rescue. Luckily, I think the Ohio Valley has a lot of really good options in both West Virginia and Ohio for you to contact. These animals need us. I have never been disappointed in my “pound pups” and you won’t be either. Take it from me, adoption really is the key to happiness. 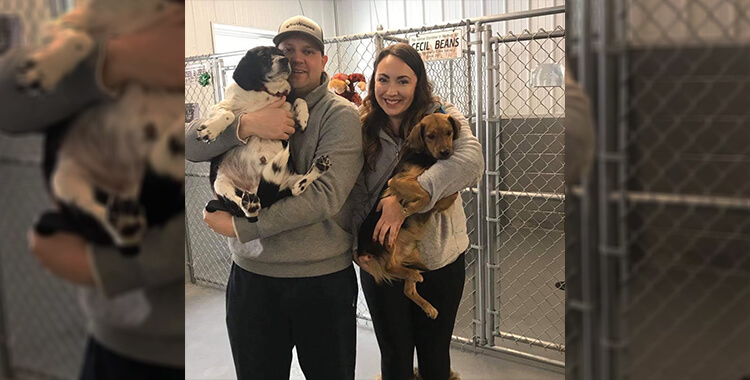